Grandma Gets Rerun Over in This Blog

This is a rerun of a feature on "Grandma" Gatewood, whom I wrote about roughly a hundred years ago. <recalculating> Actually, it was 2003. It appeared on a (now defunct) content site for which I was the Ohio Guide. I see that look of awe on your face. Yes! And now you get to read it, right here! But wait, there's more...

I've been reviewing a lot of things I wrote back in the day, and decided (are you sitting down?) to compile some of them in a book. I'll publish using Amazon's CreateSpace, because if there's one thing the world needs more of, besides self-published books, it's a collection of snarky essays, right?

But back to essays and writing them, since this is supposed to be a "writing blog" and all. As you're sure to notice, this ditty on Grandma Gatewood isn't an essay; it's an article. Factual is nice (I loves me my research) but there's no personal insight or thought-provocation going on here. I really need to fix that, but this post is a bit long already. So I'll add some enduring wisdom to the piece when I get a round tuit, and put it in the book, which will be available from Amazon sometime in December. In time for Christmas shopping, even!

In the meantime, the original post appears below. This one is for Maureen, who rightly noted "We really need to bring 'pantywaist' back to the insult table."

When we sing, “over the river and through the woods, to Grandmother’s house we go…” most of us conjure up visions of a stereotypical grandmotherly figure, all round edges and special recipes. Not that there’s anything wrong with that – that describes my grandma pretty well, and I’m not interested in amending my memories, thank you.

But let’s remember that grandmas come in all shapes and boot sizes. Grandma Gatewood, for example, raised 11 children in southern Ohio in the early 1900. She also worked as a practical nurse and trained Peace Corps volunteers. And when she read that no woman had hiked the whole Appalachian Trail in a single season, she decided to be the first. She was 68.

She hiked the AT twice more before taking on the Oregon Trail in 1959, when she was 72. At age 75, she was still building trails in Ohio, some of which would become part of the Buckeye Trail.

Fittingly, one of the most frequently-used portions of the trail, from Old Man’s Cave to Ash Cave in Hocking County, is dedicated to Grandma Gatewood.


This article first appeared on the long-defunct Suite 101 Ohio: People and Places page in 2003. Although I’ve logged a lot of miles on Ohio’s trails, including those between Old Man's Cave and Ash Cave. I’ve never built a trail, though, or trained a Peace Corps volunteer, so I suppose I could be labeled a “pantywaist.”
~Diane Stresing

Last week, as I was killing time (trolling for a job and procrastinating on a content-farm article deadline) I stumbled on to MachinePorn, which I promptly added to my growing list of Dream Writing Jobs. 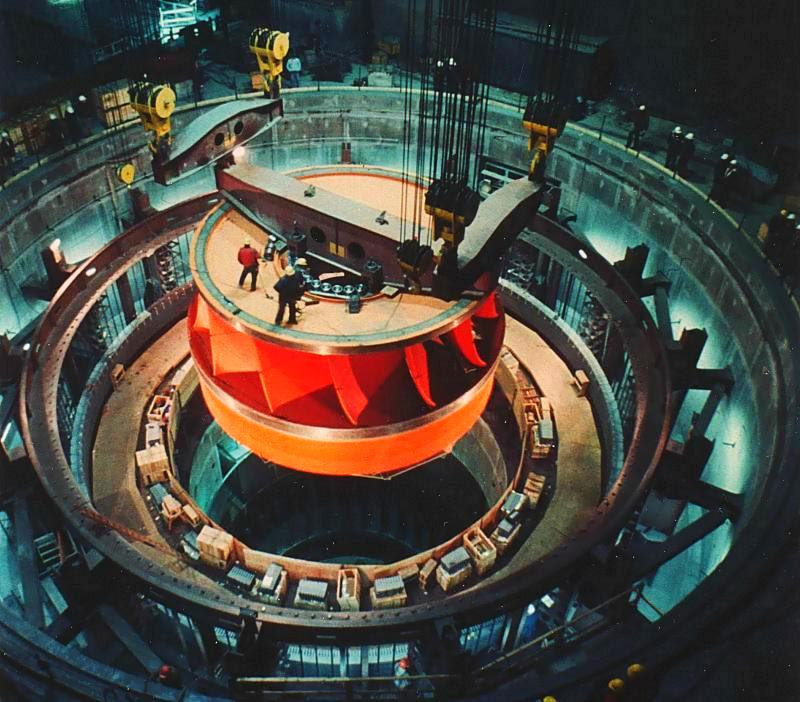 Why it is a dream job? If only to have the chance to write phrases like, "Humans for scale."

Posted by Diane Stresing at 8:29 AM No comments:

How do writers procrastinate on deadline? Here's one: Spending hours ensuring they get the just-right message across in their Facebook posts.

Thanks, Scube! But frankly, I don't think Facebook honors this one © and I like this ♪ ♫ ♩ ♬ ♭but my audio isn't working!  Let me try to turn it up.
♪ ♫ ♬
Nope, still can't hear it.
Also, I really think this one needs an update:  ✆

Well, I think I've illustrated my point rather well, providing an excellent example re: how writers

Whew. Good thing I'm not a gamer. If I wasted time on Candy Crush or Minecraft, I'd never get important stuff like this done.

Do you find you're most creative when you procrastinate, and is that good for productivity? Discuss.
Posted by Diane Stresing at 6:14 AM No comments:

I dare you to read John Kroll's post about the five 5 Ws and H and tell me you don't agree.

He's right about the fact that expecting professional writers to apply this Journalism 101 principle to the concept of fact-checking should NOT require a half-day seminar, too. But damn. I got all goose-pimply reading this, and remembered why I wanted to be a journalist in the first place.

Sigh. So much for righteous dreams; I ended up as a freelance copywriter and taxicab driver. But hey, at least I can still get all goose-pimply.

Side note from copywriter me: I wonder how this page will rank for "goose-pimply."

Posted by Diane Stresing at 8:46 AM No comments:

I've been opening up old file cabinets, going through clips that (until here, now) were only on paper. Seems somehow fitting I found this one so close to election day. If you enjoy this, you might want to look at my new book, Dumb Things We Say to Dogs. It's a collection of essays, including this one. Enjoy.

In 1797, near the Hudson River in New York, a slave girl was born. She was named Isabella. Thirty years later, she was free – free to move, free to chose a name of her own. She chose Sojourner Truth.

She could not read or write, but she knew the bible well. She spoke out publicly against slavery and social injustice. Unimaginable for a black woman at the time, she filed two lawsuits. The first suit was to get her son, Peter, back after had had been illegally sold across state lines. She filed a second suit, against a newspaper, for slandering her name. She won both times.

Truth crossed paths several times with anti-slavery spokesman Frederick Douglass. He encouraged her to continue to oppose slavery. I don't think she needed much encouragement. Ever outspoken, Truth challenged Douglass in public speeches. When he proclaimed that only bloodshed would end slavery, Truth yelled out, “Frederick, is God dead?”

Douglass described Truth as a “strange compound of wit and wisdom, of wild enthusiasm, and flint-like common sense.” I’d describe her as smart enough to know when righteous indignation is called for.

In 1864, Truth traveled to Washington DC to meet with Abraham Lincoln, to thank him for his efforts on behalf of blacks. She reportedly said to him, “I heard of you before you ran for President.” Lincoln supposedly replied, “I heard of you long before I thought about running for President.” With such a reputation, it’s not surprising that Truth left a mark on Ohio.

It was in Akron, on May 29, 1851, at the second Ohio Women’s Rights Convention, held at the Old Stone Church on North High Street, where  Truth delivered her hallmark “Ain’t I a Woman” speech. She was listening, the story goes, to several male ministers explain why women should not have the right to vote.

One minister suggested that women were weaker, and less intelligent, than men. He said that God had intended for men to have more power than women, offering as evidence the fact that Christ was a man. At that point, Truth stood up. She was six feet tall, and likely made quite an impression on everyone in the room. Texts of the speech vary, but the lines below are included in all of the accounts I’ve read. She reportedly walked to the stage and said:

Ain’t I a woman?
I have ploughed and planted, and worked as hard as any man, and eat as much too. And Ain’t I a woman? My mother bore ten children and saw them sold off to slavery, and when I cried with my mother’s grief, nobody but Jesus heard me.
And Ain’t I a woman?
Then that little man in black there, he says women can’t have as much rights as men, ‘cause Christ wasn’t a woman! Where did your Christ come from?
Where did your Christ come from? From God and a woman! Man had nothing to do with Him.
If the first woman God ever made was strong enough to turn the world upside down all alone, these women together ought to be able to turn it back, and get it right side up again! And now they is asking to do it, the men better let them.”

The Sojourner Truth Coalition commemorated the 150th anniversary of Truth’s speech at the Trinity Lutheran Church in Akron on May 19, 2001.

This article appeared in the May 2001 issue of Focus magazine, with an announcement regarding the commemoration. A building in Akron is named for Truth, and monuments to the woman can be found in New York, Michigan, and Massachusetts, and other places throughout the US. I think it’s really cool that this speech was heard first in Akron. Although in a quick search, I did not find a current listing for the coalition in Akron, I was happy to see that her message continues to inspire changes in Ohio.
~Diane Stresing
Posted by Diane Stresing at 7:28 PM No comments:

Five Questions to Ask Before You Write

Every writing project should start with these 5 questions:

1. Who is this directed to?

This determines your audience. Who should read it? Who else might read it?
What do you know/what can we assume about them?

2. Why are you talking to them?

Be specific. This is the reason you're writing, after all.

Will a Word document suffice? Can it be emailed in the body of a message,
or should it formatted for your blog or website?
Do you need photos or illustrations?

Answering these five questions usually takes less than 30 minutes, and on the average project, having the answers will save both of us about a gazillion hours. Roughly.

Want help getting your writing project started? Let's get together, and make the words work for you.

It's Friday, so it's a great day to use words to elicit a chuckle or two from a co-worker, spouse, or stranger, even.

Thanks to Twitter's crankiest kitty,  and a website about signs, somewhere in the ether... 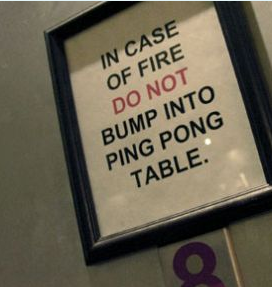 Posted by Diane Stresing at 4:50 AM No comments: