Want to see Cleveland's tourist attractions by foot, take a walk on Cleveland's wild side, or just get some exercise? Hiking in Cleveland is easy and offers a lot of options in and around the city.

Sightseeing Hikes in Cleveland
Visitors can take in Cleveland's skyline and Lake Erie views from Edgewater Park, which has expanded into Whiskey Island, and several other lakefront parks.
Many of Cleveland's sights can be seen by strolling from E. 9th and Ontario Streets, the site of the beautiful Cleveland Indians ballpark, north along E. 9th, where there are many popular eateries, to the Rock & Roll Hall of Fame & Museum. Next door to the cool IM Pei-designed museum is the Great Lakes Science Center with its modern hydro-electric windmills in plain sight. Cleveland Browns stadium is next door. Turning to head south again, visitors should stop at the Justice Center to admire its architecture, and stop in at the Money Museum educational center located inside the Federal Reserve Bank building off Rockwell Avenue. (Admission is free!)
Among Cleveland's best neighborhood walks is Little Italy, where a favorite attraction is Lakeview Cemetery - also known as Cleveland's Outdoor Museum. Hikers are encouraged to explore the ornate grounds, designed to resemble the gorgeous garden cemeteries in Europe, and stop in to Wade Chapel to see the windows designed by Louis Comfort Tiffany. Hikers can fortify themselves with a real Italian meal in the hilly ethnic neighborhood that lies just beyond the cemetery's gates. 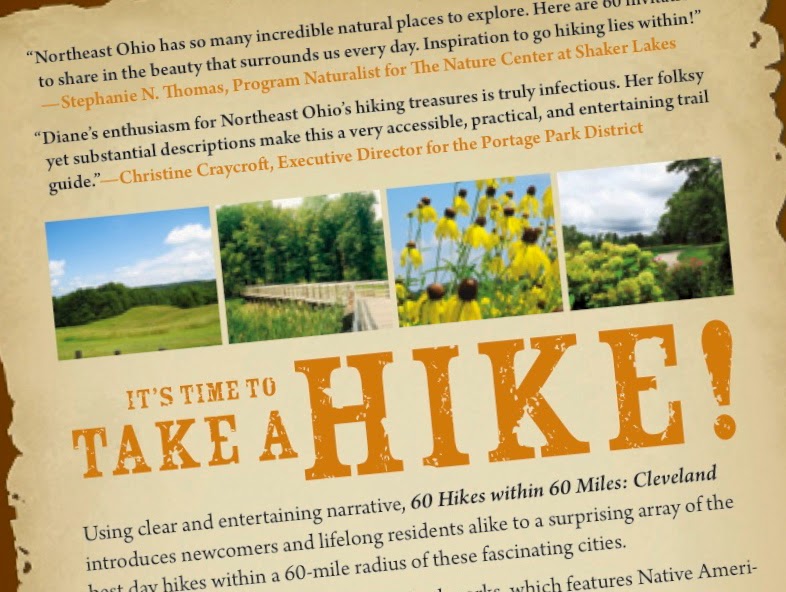 Self-guided downtown hikes and tours are safe, free, and fun - many neighborhood associations and local historical societies offer maps with points of interest.
Good Hikes for Kids in Cleveland
Cleveland Metroparks, also known as the 'Emerald Necklace,' offer plenty of kid-friendly hiking opportunities. Little hikers who like a ghost story with their outdoor activity love exploring Squires Castle, built for the wife of a Standard Oil executive. Reportedly, the missus had insomnia and often roamed the castle late at night. While stories vary about just how it happened, one night she met her end in the basement. It's said she still wanders about the castle, wailing.
Cleveland visitors can combine sight-seeing and exercise when they hoof it around the zoo. When you eschew the trams (which are free) and walk the perimeter of the zoo grounds, you'll get an approximately 3-mile hike - more if you also visit the Rainforest, which covers two acres. (The zoo is about a 10-15 mile drive from downtown Cleveland, and RTA buses run to the zoo, too.)
Get Away From It All...in Cleveland! 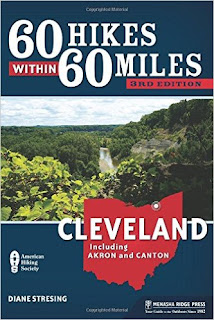 Did you know Cleveland has a National Park? The old Erie Canal bisects the park, and 60 miles of the Towpath Trail have been restored and widened to accommodate visitors - which are said to number more than a million every year. The Towpath Trail extends from downtown Cleveland all the way to downtown Akron (and into New Philadelphia). And on either side of the Cuyahoga River, hiking trails abound - the park covers more than 30,000 acres. A favorite for many locals is the approximately 5-mile hike along the Carriage Trail to Brandywine Falls. The stunning 70-foot falls offer great scenery in every season. Trail maps for Cuyahoga Valley National Park can be found at the National Parks website.
~~ ~~ ~~ ~~ ~~ ~~
This article originally published on the travel pages of a now-defunct Yahoo! channel eons ago (in internet time). I visit the places mentioned here fairly often and updated the links in 2014. Looking for still more Cleveland-area hikes? Have I got a book for you!!

Posted by Diane Stresing at 8:18 AM